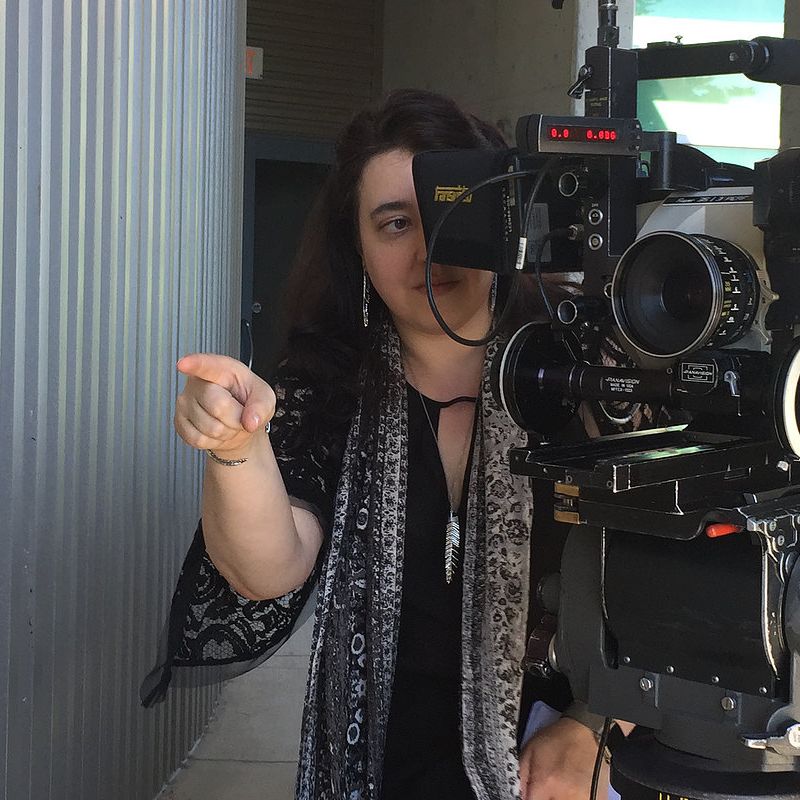 Cameo Wood is an EMMY® nominated filmmaker based in San Francisco, California. Her most recent film Real Artists is available on iTunes/Amazon/Seed&Spark right now. She is currently working on her first feature. In 2018 she was a co-winner at the AT&T Film Awards for 'Best Emerging Artist' awarded by Ava DuVernay. Real Artists has won 35 awards including a regional EMMY®, has been nominated for dozens more, and continues to enjoy screenings at over 200 film festivals, museums, and television stations throughout the world.

She produced and co-directed episodes of The Alternative Guide to Secret Beijing which was featured on Atlas Obscura. Her first film, Dukha in Summer, premiered at the St. Louis Film International Film Festival and was nominated for best short at five others. Cameo is a member of Cinefemme, Women in Film, Alliance of Women Directors, Film Independent, WomenNMedia, and the co-founder of the SF chapter of Dinner with Dames. She co-founded the Coven Film Festival, a showcase of films made by women. She is a regular speaker at the Camp Reel Stories' Girls Day Workshop. Cameo has participated in the inaugural Sundance Co//ab Screenwriting, Episodic, and Fiction Directing programs.

Cameo has completed Medical Neuroscience at Duke University, Futurism at Stanford University, Witchcraft & Magic at Bennington College, Aerospace Engineering at the University of Alabama, Huntsville,  and recently completed courses in Egyptology at University of Pennsylvania. From 1995-2008 She was an engineer at GTE Labs, Sprint, Lucent, and Cisco. In 2008 She founded Her Majesty’s Secret Beekeeper; the first urban beekeeping store in America, and currently serves on the board of the beekeeping non-profit SF Bee-Cause