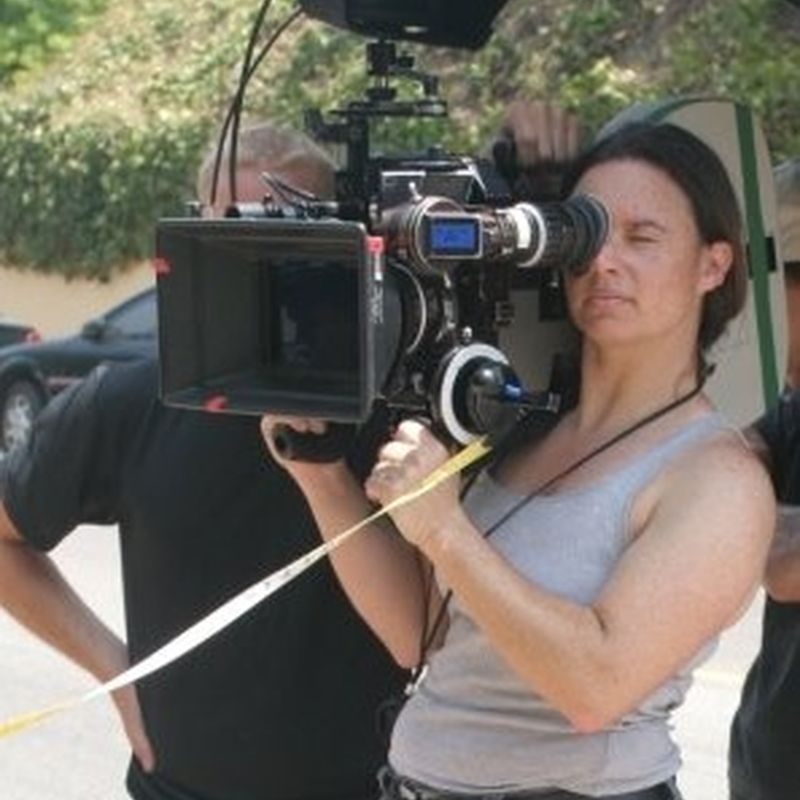 Low key in person, volcanic reserves of energy on set... with a quirky sense of humor that presents unexpectedly.

Kimby Caplan is an award winning avant-garde and documentary filmmaker whose work has screened at venues across the country, including the SXSW Film Festival, The Smithsonian Institute, and the Samuel Goldwyn Theatre at the Academy of Motion Picture Arts and Sciences in Los Angeles. Her film, LISTEN, received a 2005 Student Academy Award and also qualified to be nominated for an Academy Award. A documentary lensed by Caplan, Cubamerican, about Cuban Exiles featuring Andy Garcia and Steven Bauer has screened nationally, with a PBS run in 2014-2015. Recently Caplan just wrapped as Second Unit DP on About Scout, an Indie feature starring Jane Seymour, Ellen Burstyn, and Danny Glover, which opens in select theatres in Los Angeles and New York in March, 2016. Caplan is an MFA Cinematography graduate of American Film Institute and resides in Pasadena, CA.